I never learned about sex in school other than learning about reproductive anatomy in Biology class. And the one time we ever even broached the topic of pleasure, my teacher became so uncomfortable at even mentioning the word ‘clitoris’ that she just said ‘I am only going to say this word once, and I’ll say it fast – clitoris.’ She said it so fast I wasn’t even sure if I heard it. There was so much shame and humiliation attached to saying that word, and it made her so uncomfortable. Why? For what? It’s my favorite organ. That was my introduction to sex as far as the US education system was concerned. I understand there are a lot of politics around sex and some parents don’t want their kids ‘exposed’ to that information, but if you don’t educate kids about sex openly and properly, they’ll find back door ways to explore it (excuse the pun…or don’t).

Female sexuality has been a highly taboo for much of modern history, since the dawn of religion. It seems that all evil associated with women and their sexual pleasure dates back to the theory that woman doomed man by eating an apple when she was hungry in a garden. This seems pretty natural to me, though. If I was hungry and naked and alone in a garden I would eat an apple too. Like, fuck. And, along with that idea that women doomed men by eating an apple came the belief that women are ‘tainted’ and ‘dirty’ because they had committed the original sin, and this had always been man’s explanation for why women had periods and suffered each month in the first place. One woman, eating one apple, had sentenced both men and women to an eternity of suffering. It was all the woman’s fault. But everything always is, right? It seems like there’s a pattern there. Ironically, that lump in the throat is not called Eve’s Apple, it’s called Adam’s Apple. So I think Adam is the one who ate the apple, but OKAY. BLAME IT ON THE FUCKING GIRL ADAM. OKAY. Fuck Adam. Seriously.

It’s actually ironic that men blame women for their eternal suffering when men force the whole world to participate in destructive capitalism where cash rules and people’s lives take second place. The system that men created is destroying the environment and men are committing most of the human rights violations and war crimes and starting pretty much all of the wars all over the world. When was the last time a woman ever started a war? Chopped down a forest? Invented something that destroyed an ecosystem? Annihilated an entire race? Go ahead. I’ll wait.

Not that women are not abusive or exploitive at all, but men seem to be far more so on average . 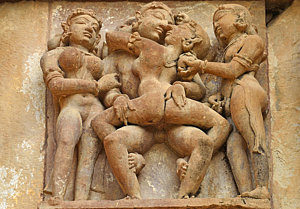 So what does history have to do with the inequality in pleasure between the sexes now? Men have orgasms almost every time they have sex. And once they do, it’s over. But only about 40% of women achieve orgasm in heterosex with a long term partner and only about 10% with a casual partner. Further, in cultures all over the world, sexual pleasure is a privilege, not a right, and is more often reserved for men. In Muslim and African countries as one of the most extreme examples, girls are cruelly subjected to Female Genital Mutilation, FGM, where they undergo surgical cutting and removal of their clitoris, without their consent, so that they cannot experience pleasure at all for the rest of their lives. 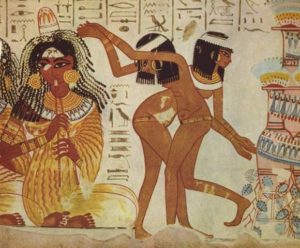 Society also often portrays women as sexy when they are submissive and soft spoken and not when they are honest and assertive, or, themselves. So women pretend to be satisfied out of a desire to fulfill the stereotype of what society claims is attractive. Over time, this takes a toll. The human body evolved to experience orgasm to neutralize stress and pain, slow aging, create deeper bonds between partners, stimulate the immune and cardiovascular system, and improve mood. Not having sex and achieving orgasm makes lifeless satisfying, fulfilling and whole for women all over the world, and this could drive anyone mad! Think about this the next time you call a woman crazy!

Knowing where the female pleasure center is located is also certainly a plus. Men watch so much porn and yet still can’t find a woman’s clitoris? You still can’t find the x? Further, sex and pleasure are as much about emotional bonding as  physical. Being compassionate and empathetic is as powerful as knowing where to touch someone. If there is no connection, the rest does not matter. It’s empty. Beauty is also culturally and socially constructed and these constructs abusively and subconsciously inhibit people from enjoying sex. What is and is not beautiful is completely arbitrary and it is also decided by the ruling class. Comically and strangely, I don’t even think men care if women wear makeup, do their hair or wear expensive clothes; they just want the bare, natural, naked woman when all is said and done. Or, maybe they do want all that, and a bag of chips. Everyone has their own preference and idea of beauty.

A lot of men ejaculate before a woman has even had one orgasm, or they can’t hold it after the woman has had her first orgasm. Women’s bodies were made for sex just as much as men’s bodies were, and we were meant to enjoy it as much too. The first orgasm is great, but each one after is even better than the last! If a man only cares about having his own orgasm, and naively believes he can please women by trying to repeat what he sees in porn, it’s boring. Orgasms come from a place of mutual respect. I find a lot of times that guys who call girls crazy do not even respect girls and are not even in fulfilling relationships with girls. Interestingly, in contrast to hetero sex, lesbian sex tends to result in higher rates of female satisfaction. Maybe gay is the way? Haha! Lastly, from my experience, men are not typically raised to be empathic, and worse, they are raised to believe that their own ideas and needs are superior to women’s. 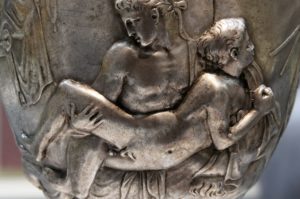 If men truly believed women are their equals and cared as much about their pleasure as they did their own, even going so far as to derive their own pleasure from their partner’s, it would lead to more satisfying, fulfilling and longer lasting orgasms and relationships for everyone, and maybe one day society will get there. In the mean time, respect yourself and the other person, relax, be patient, breathe together, talk to your partner about sleeping with a sex worker or someone who satisfies you in a way that maybe your partner does not and allow your partner to be satisfied by someone else in ways maybe you cannot do, at least once in a while; be honest about what you like and don’t like, watch porn you both like to help turn yourself and your partner on, talk to a sex therapist, exercise at least three times a week for an hour and eat healthy, and don’t be afraid to experiment with toys, and the pleasure will surely come, just like you! But in the mean time, can women get some equal pay, pleasure and goddman respect? Fuck. 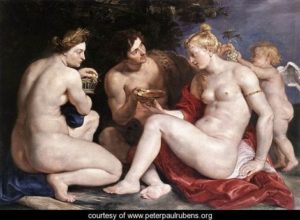 Yeah I’ll take some of that and some equal pay too. Thanks.

MY FAVORITE MOST UNDERRATED FEMALE ACTRESSES
AMERICAN FOOTBALL
STOP WEARING YOUR DUMBASS PERFUME TO THE GYM. I NEED TO BREATHE BITCH.